“Srebrenica Genocide through Criminal Convictions” is a joint research project by the Srebrenica Memorial Center and the Post-Conflict Research Center.

The project aims to collect and present information from the legal investigations and judgments of the International Criminal Tribunal for the Former Yugoslavia (ICTY), the International Residual Mechanism for Criminal Courts, the Court of Bosnia and Herzegovina, and the High Court in Belgrade.

“Finally, we have collected all the relevant facts about the prosecution of those responsible for genocide and crimes against humanity in one place. Now we are launching a broader online campaign, which aims to raise awareness about the perpetrators and of the facts established before international and local courts. We at the Srebrenica Memorial Center do not want to be an institution that responds reactively with statements to the denial of genocide and minimization of victims. With the Genocide Denial Report we dealt with the deniers, and with this project we are dealing with the perpetrators and the judicially established facts.”—Emir Suljagić, Director of the Srebrenica Memorial Center

By fostering dialogue and awareness of the necessity of continued accountability in Bosnia and Herzegovina and the region for genocide and other war crimes, this project contributes to the fight against impunity and denial. The project includes innovative and creative educational and multimedia materials that can be used to share facts about investigations and convictions of the Srebrenica genocide.

“The goal of this research initiative is first to monitor and collect facts and data from previous legal investigations and verdicts related to the Srebrenica genocide, and then to consolidate these findings into a single database that is easy to use and understand. In addition, we want to investigate and collect information about the current legal processes related to the genocide in Srebrenica and create an overview of what has been done to find legal facts and evidence. We believe that the presentation of legal findings through exhibitions, online presentations, and social media campaigns is a unique way to fight against the relativization and denial of crimes.” –Velma Šarić, President of the Post-Conflict Research Center

The ICTY, its residual mechanism, and the Courts of BiH and Serbia have sentenced more than 50 people to over 700 years in prison for crimes committed in Srebrenica. Of the 20 ICTY verdicts pertaining to Srebrenica, seven include verdicts for the crime of genocide. The Court of Bosnia and Herzegovina has handed down 25 verdicts for crimes committed in Srebrenica, thirteen of which are for the crime of genocide. In the Republic of Serbia, five verdicts have been handed down in relation to Srebrenica, including verdicts for war crimes against civilians and violations of the laws or customs of war.

The project relied primarily on the findings and databases of international and local courts, as well as research by other non-governmental organizations such as the international organization Impunity Watch. Thomas Unger, strategic advisor of Impunity Watch, emphasized: “This initiative is very important primarily for its clear manner of presenting the factual truths about the genocide committed in Srebrenica. It leaves no doubt or room for denial of the facts. What makes it even more important, however, is its contribution to avoiding the recurrence of such crimes in the future. Srebrenica does not bring revenge, but a lasting reminder of what must never happen again.”

“Srebrenica Genocide through Criminal Convictions” was supported by the National Endowment for Democracy (NED), the Sigrid Rousing Fund, and the Rockefeller Brothers Fund, as well as through the regular funding of the Post-Conflict Research Center. 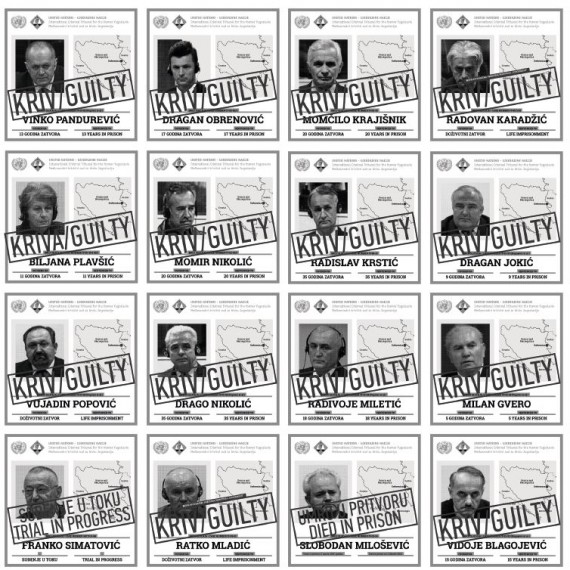