In June of 1995, the command of the Drina Corps of the Bosnian Serb Army prepared "Krivaja-95," the military plan of attack against the Srebrenica enclave. On the afternoon of July 5th, VRS commanders received orders to put the plan into action.

At three o'clock in the morning on July 6th, 1995, the VRS began its attack on Srebrenica. Advancing from the south, they set fire to the Bosniak homes and villages in their path, forcing thousands of civilians to flee to the UN base in Potocari where several hundred Dutch peacekeeping forces were stationed.

Soldiers of the Army of the Republic of Bosnia and Herzegovina (ARBiH) were unable to prevent the Dutch troops from abandoning there posts, which fell one after another to the advancing Bosnian Serb Army (VRS). By July 9th, the VRS was poised just one kilometer outside the city center of Srebrenica. The next day the ARBiH launched a counterattack, briefly forcing the Serbs back to their starting positions. Their success, however, was short-lived.

On July 11th, General Mladic entered Srebrenica with his troops, and declared before a throng of assembled journalists, "We give this town to the Serb nation...the time has come to take revenge on the Turks in this region."

That same night, around 15,000 Bosniak men set off from the areas of Sunsnjari and Jaglic through the forests in an attempt to reach free territory. Well over two-thirds of the men who embarked on this journey--which would come to be known as the Death March--were eventually captured and killed by the VRS.

When VRS soldiers arrived to take control of the UN base in Potocari, they faced no resistance from the Dutch peacekeeping forces. Potocari had become completely overcrowded, with more than 6,000 civilians crammed inside the compound, and an additional 20,000 sheltering in surrounding building. Conditions inside the enclave were horrendous. In addition to the shortage of food and water, the Bosniak populations in Potocari faced unspeakable abuse at the hands of the VRS soldiers including torture, beatings, rape, and murder.

VRS troops soon began to separate Bosniak men from their families. The women, children, and elderly--numbering over 25,000-- were loaded onto buses and forcibly deported to Kladanj, while the men and boys were taken to detention centers in and around the town of Bratunac. The vast majority of these men and boys, over 8,000, would never be seen alive again.

The first large-scale execution occurred in the Cerska Valley, on July 13th, 1995. The victims--men between the ages of 14 and 50--were forced to line up along one side of the road while VRS soldiers fired upon them from the other. Of the 150 victims, all but three were in civilian clothing, and many died with their hands tied behind their backs. Their bodies were covered with dirt where they lay.

That same afternoon, VRS soldiers used hand grenades, rifles, and anti-tank weapons to kill over 1,300 men in a warehouse in Kravica. Most of these victims had been captured in a field in Sandici, where some 200-300 men had already been murdered. Some of these men also exhibited knife wounds, which led investigators to later conclude that the local civilian population may have played a part in their murders.

The buses used to forcibly deport refugees from Potocari stopped in the town of Tisca, where the women and children were forced to proceed to Kladanj on foot. Any men who had managed to board the buses where separated, bound at the wrists with telephone wire, and systematically executed.

In the early morning of July 14th, VRS soldiers took around 1,000 prisoners to the town of Orahovac. The prisoners were detained in the overcrowded gymnasium of the Grabavci school without any food or water, and told that they would be handed over to the UN as part of a prisoner exchange. Instead, the men were blindfolded and taken to an execution site one kilometer from the school, where VRS troops lined them up and shot them. The execution site consisted of two adjacents fields, so when one field filled up with bodies, the firing squads merely switched to the other. General Mladic himself was reported to have been present at several of these executions.

Between the 14th and 15th of July, VRS soldiers detained an additional 1,000 men at a school in Petkovci, under similarly intolerable conditions. Prisoners suffered horrible physical abuse, and often resorted to drinking their own urine due to the heat and dehydration. VRS soldiers took these men outside in small groups and bound their hands behind their backs, before transporting them to a nearby dam where they were lined up and shot.

As many as 1,200 prisoners were transported to an overcrowded gymnasium in the village of Pilica on July 14th. Several reportedly died of dehydration after being refused water by VRS soldiers. After two days of detention under these inhumane conditions, VRS troops put the men in hand restraints before transporting them to Branjevo Military Farm. VRS soliders proceeded to beat and humiliate these men before mowing them down with machine guns. The slaughter of prisoners at Branjevo Military Farm continued well into the next day. Those who were not killed instantly were left to suffer long, excruciating deaths from their injuries. After these executions were completed, the VRS troops proceeded to the Pilica Cultural Center, where they killed another 500 men with hand-grenades and rifle fire.

The final mass execution of around 1,000 men near the village of Kozluk took place sometime between the 15th and 16th of July. Numerous smaller-scale executions continued however, including that of ten Bosniak men on July 19th in the vicinity of Nezuk, and the killing of 150 more in Macesi on July 20th.

In just over a week, Bosnian Serb forces deported more than 25,000 women and children, and systematically slaughtered more than 8,000 Bosniak men. Formally ruled a genocide in two international courts, the crimes committed in Srebrenica in July of 1995 constitute one of the darkest episodes of human history. 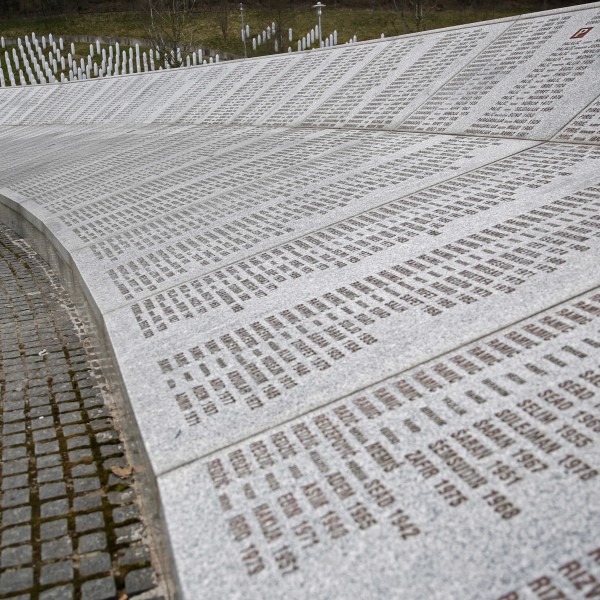