Genocide and Crimes Against Humanity

The term 'genocide' was adopted as an international criminal designation on December 2nd, 1946, by Resolution No. 96 of the United Nations General Assembly. UN Member states were encouraged not only to adopt domestic legislation prohibiting genocide, but also to organize international cooperation mechanisms for its prevention and prosecution.

The legal definition of genocide was subsequently elaborated in the 1948 UN Convention of the Prevention and Punishment of the Crime of Genocide. According to Article 2 of the Convention, genocide denotes an attempt to destroy a national, ethnic, religious, or racial group--in whole or in part--through the commission of any of the following prohibited acts:

Although the Convention emphasizes individual responsibility in the criminal prosecution of genocide, it by no means precludes states from being held accountable. Because genocide affects the interests of the entire international community, it falls under the principle of universal jurisdiction. This means that the crime of genocide can be prosecuted in international as well as domestic criminal courts--including the courts of nations involved in the conflict, as well as those of outside parties. For this reason, the obligation to prosecute genocide applies to all states, regardless of where the crime takes place or the nationalities of either the perpetrators or victims.

In order to establish that crimes committed in a specific context constitute genocide, the prosecution is obligated to prove the existence of genocidal intent, the mens rea of the crime of genocide. This entails demonstrating beyond reasonable doubt that the perpetrators of the crimes acted with knowing intent to destroy the victim group in whole or in part. Genocidal intent is thus the distinguishing feature between genocide and other crimes against humanity, with which it often shares similar characteristics.

Unlike genocide and war crimes, there exists no single comprehensive convention governing crimes against humanity. Nevertheless, the legal parameters of this category have been firmly established within international jurisprudence dating back to the Nuremberg Trials.

Crimes against humanity are understood as any of a number of prohibited acts committed as part of a widespread and systematic attack against a civilian population. These prohibited acts include, but are not limited to, murder, deportation, enslavement, imprisonment, torture, rape, and collective persecutive on such grounds as national, ethnic, religious, or political identity. 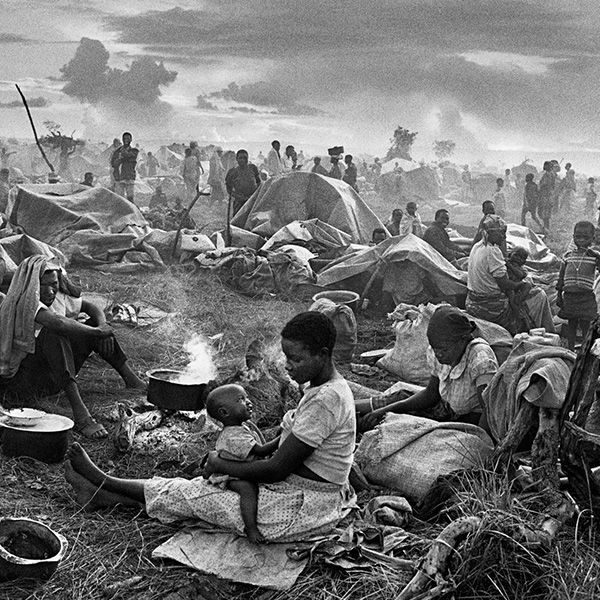