Genocide denial denotes any attempt to negate or minimize the historical facts of genocide, and is increasingly recognized as the final stage of genocide itself. The fight against genocide denial is an important part of the Memorial Center's mission to secure truth, justice, and dignity for the victims and survivors of the Srebrenica genocide.

Genocide denial perpetuates the anguish of survivors of mass violence and victims' families. Not only does it attempt to invalidate their past suffering, it targets the living memories of these traumas which are integral to processes of both collective identity rehabilitation and individual psychological reckoning. For victims and their families, the claims of deniers are a form of humiliation, particularly when they emanate from or are echoed by the upper echelons of society.

Because perpetrators of genocide and violence are emboldened by the practice of denial, denial can also indicate an eminent threat. When the violence committed against a historically persecuted group garners political capital, it is impossible to dismiss the portent for renewed violence. In the absence of a societal consensus on the historical fact and moral delinquency of past violence, the possibility looms ever larger that this violence will be repeated.

In Bosnia and Herzegovina and the Western Balkan region, genocide denial remains one of the most formidable obstacles to peace and reconciliation. Denial of the Srebrenica genocide is especially rampant and has become institutionsalized across broad sectors of political and public life. For this reason, the Srebrenica Memorial Center devotes a considerable part of its work to counteracting the forces of denial. This includes both educating the public on the judicially established facts of the genocide in Srebrenica, as well as the meticulous monitoring of practices and trends in regional denial, which are published in our annual Genocide Denial Report.

The first edition of the Srebrenica Genocide Denial Report illuminated the three most common rehetorical strategies employed in the denial of the Srebrenica genocide, the first of which is disputing the number and identities of Srebrenica's victims. Revisionists attempt to minimize the death toll of 8,372 victims despite the overwhelming forensic evidence and international legal consensus substantiating this figure. They additionally refute the identities of the known victims and the circumstances of their deaths, in order to justify the genocide or portray it as a different form of violence.

Another staple of Srebrenica genocide denial is the delegitimization of international courts on the basis of a global anti-Serb conspiracy. Deniers refute the integrity and judgements of the world's most esteemed judicial bodies, claiming that their investigations and rulings were driven by anti-Serb bias. Within this narrative, affirmations of the judicially established facts of the Srebrenica genocide as well as practices memorializing its victims are construed as a deliberate attempt to discredit and demonize the Serbian people.

The final tactic of genocide deniers in the Western Balkans incorporates broader strains of Serbian nationalist historical revisionism to construct an overarching narrative in which the genocide in Srebrenica is historically justified, and the roles of the victim and perpetrators are fundamentally reversed. The institutionalization of this narrative has engendered a culture wherein genocide is not only denied, but openly celebrated in a phenomenon characterized as triumphalism. Triumphalism is manifest in numerous divisive practices such as the public canonization of convicted war criminals, the teaching of alternative nationalist curricula in public schools, and the promulgation of hardline Serbian nationalist symbols.

The intensification of Srebrenica genocide denial is fully in line with broader global trends of right-wing extremism, Islamaphobia, and Holocaust revisionism. In order to combat this dangerous development, the Memorial Center calls on individuals and institutions around the world to use all resources and platforms at their disposal to join the fight against denial. For political and civil society actors, we make the following recommendations:

To Political and Civil Society Actors in Bosnia and Herzegovina: 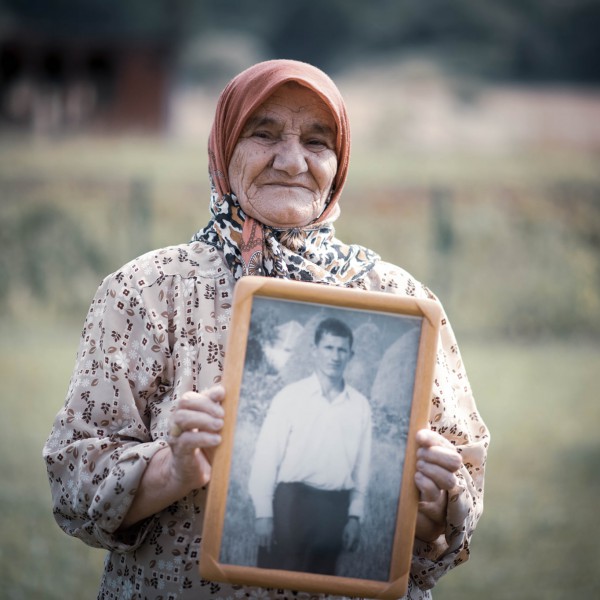