The Srebrenica Memorial Center views the responsibility to prevent future genocide and mass atrocities as an important part of honoring the memory of Srebrenica's victims. As such, the Memorial Center strives to take a leading role in genocide prevention not only in Bosnia and Herzegovina and the wider region, but around the world.

The Genocide Alert and Prevention Mechanism (GAPM) is one means by which the Memorial Center is joining the fight for genocide prevention. Funded by the Government of the United Kingdom as part of the 2021-2023 project "Truth, Dialogue, Future," the GAPM aims to identify narratives and patterns of action with the potential to lead to genocide or mass atrocities. The GAPM entails a series of reports focusing on situations of mounting violence around the world which exhibit significant potential to escalate into genocide. These reports are strictly fact-based, relying on available evidence, independent journalism, and the findings of esteemed international entitites working to expose and prevent human rights violations globally. With these reports, the Memorial Center hopes to use knowledge gained through the collective experience of the Srebrenica genocide in order to alert the international community to circumstnaces of escalating conflict where there is an imminent risk of genocide.

The Memorial Center has partnered with Aegis Trust as well as numerous volunteers to provide support to the civilian population of the Central African Republic. This initiative has raised over 50,000 BAM (25,500 €) to provide food and humanitarian assistance to the residents of the besieged city of Bangui, which remains at the center of ongoing violence in the country.

Representing a community which was itself under siege for more than three years leading up to the Srebrenica genocide, the Memorial Center understands the danger and hardship imposed by such dire humanitarian conditions. For this reason, our support for the people of the Central African Republic is sure to be the first of many international collaborations undertaken by the Memorial Center with the goal of alleviating the suffering of beleagured and marginalized communities world wide. 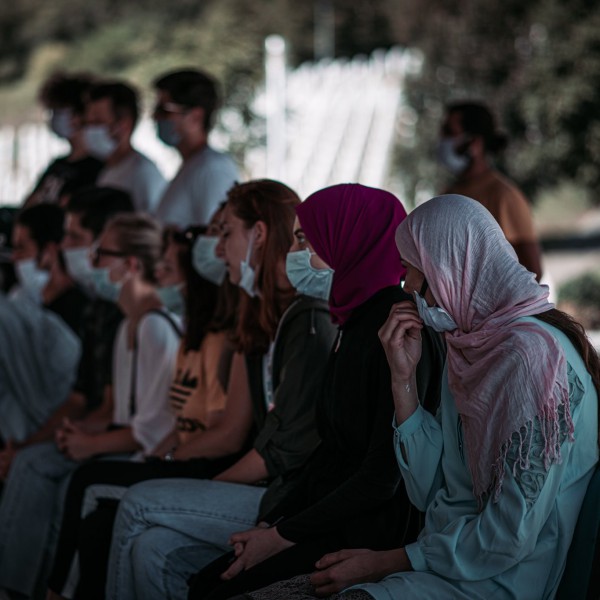