The Siege of the Srebrenica Enclave

From early April to mid-May of 1992, Srebrenica and the surrounding areas were under the control of Bosnian Serb forces. Under the political leadership of Radovan Karadzic and the military command of Ratko Mladic, these forces engaged in the looting of homes and burning of villages, as well as large scale persecution and slaughter of the civilian population.

On May 9th, following the murder of more than 60 Bosniaks from Srebrenica and the surrounding villages in a single day, the ARBiH Territorial Defense forces liberated Srebrenica from Bosnian Serb control. Srebrenica became one of the few free territories or enclaves in eastern Bosnia, and by the end of 1992, was a refuge for Bosniaks across the region fleeing terror and violence at the hands of the VRS. By the spring of 1993, this influx of refugees had increased the population of the enclave to well over 50,000 people.

From the start of the war in BiH, Srebrenica was under constant attack by Bosnian Serb forces. Those wounded in the violence often suffered a worse fate than death, as the city hospital had only six doctors, and virtually no access to basic medical supplies. Hunger was the defining feature of life in the enclave, as pre-war food supplies were rapidly depleted and people began to eat anything they could find. The Venezuelan Ambassador to the UN, Diego Arria, visited the enclave in the spring of 1993, and described the situation in Srebrenica as a "slow-motion genocide." 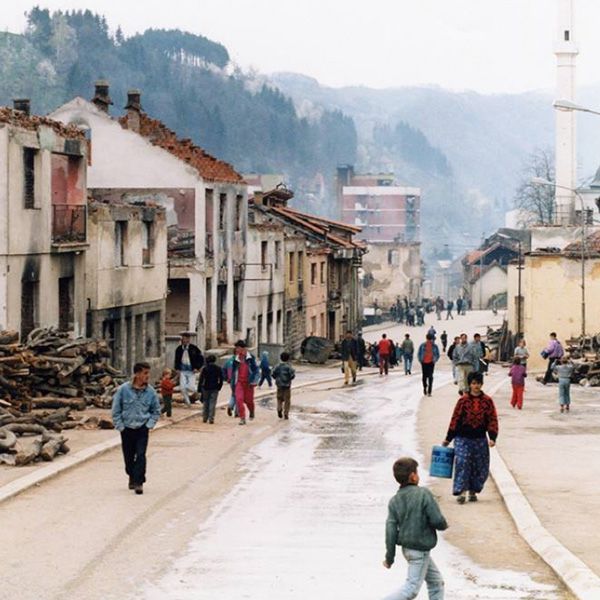