Ismail Serageldin Reflections on the 8th of July 2021

Launch of the Srebrenica Leadership Initiative

The importance of memory

The genocide[1] at Srebrenica was one of the worst events of a terrible war, unfolding as the Former Yugoslavia exploded into its constituent parts…where nearly every adult male, and many females and children as well,  had been participants in some of its scenes. A living history was to be found in every family. A history that was authentic, real, and deeply felt by a whole generation.

But as those who lived the terrors of the war, and particularly the unspeakable horrors of the genocide at Srebrenica[2], will leave this earth, we must carry the memory of those unspeakable events, especially since there are those who would deny the horrors of that monstrous crime.  Indeed, the UN International Criminal Tribunal for the former Yugoslavia (ICTY), underlined the significance of the decades-long international commitment to justice, and the importance of reminding ourselves of the truth of these horrors.  The court warning about those deniers trying to rewrite history would say about those victims of genocide: "As their bodies fell into mass graves, the machinery of denial of those crimes was set in motion."[3]

Learning from the past with an eye to the future:

Let us seek the results of that reflection on crimes past, horrors endured and great losses incurred from fratricidal conflicts that are no more… Let that reflection lead us not to seek revenge, for that is the path of “an eye for an eye” that Gandhi warned is sure to make us all blind… but let it take us towards a deeper appreciation of the folly of purblind hatred unleashed,  of the necessity to exalt our common humanity and to expand the realm of our embrace to the whole human family on this vast earth, with all is variety and all its differences…

Indeed, Nelson Mandela saw that clearly.  He who vanquished apartheid, who was jailed for 27 years, said:

“As I walked out the door toward the gate that would lead to my freedom, I knew if I didn't leave my bitterness and hatred behind, I'd still be in prison.”

Long Walk to Freedom: The Autobiography of Nelson Mandela

In years to come, there will be those who will want to deny the genocide that  happened in Srebrenica, just as there are Holocaust deniers about the atrocities of WW2… There will always be those who find comfort in lies, who want to recast history in ways that remove complexity and assert claims that leave out uncomfortable truths in favor of simplistic narratives that elevate their particular clan or tribe or ethnic or religious community…

But today, many countries in the world are beginning to come to terms with the horrors of their past: the burden of slavery and race in America, the mass graves of children in Canada, and aboriginal history in Australia to name but a few…  Here in the Balkans, this initiative that will create a center of reflection about the Srebrenica genocide, will allow the current and future generations to learn from the past without distortions, and will encourage civic engagement as it reminds us of Edmund Burke’s profound and prescient observation:

“The only thing necessary for the triumph of evil is for good men to do nothing”.

The importance of a Memorial Center:

But can we learn from the past? Or are we destined to see articulate and dangerous people bend the historical narrative to suit their purposes as they drive wedges between groups and seek power that will go unchecked, to act without accountability and pursue their vision of the self and the other?  There is reason to believe that in every society there are some who want to use the past to create false images to mobilize supporters for their own projects.  Images that may have only a small kernel of truth – if any at all – but may, to those supporters, appear as given, self-born and unquestionable as the myths and symbols of traditional systems of belief.

I hope that the activities of this center, the products of this initiative, are not the rage and vengeful rhetoric of an appropriated past, whereby, as Coleridge once said, make the lessons of history a mere “lantern on the stern” of the vessel of our voyage.  Let the reason and balance that reflection brings transform the raw power of feeling into the instrument of profound understanding, worthy of the victims as it speaks to all others, as Yeats (1865-1939) said:

For the elemental creatures go

About my table to and fro,

That hurry from unmeasured mind

To rant and rage in flood and wind;

Yet he who treads in measured ways

May surely barter gaze for gaze.

Here Yeats affirms that it is by reason, rationality, evidence and argument – poetically referred to as treading in ‘measured ways’ – guarantees the prerogative to ‘barter gaze for gaze’ with any formidable source of authority.   Thus, reflecting on the past horrors of Srebrenica should allow current and future generations to come to terms of a more complete part of the collective history of the people and the region, within a broader context of ensuring that we have learned from the past, and that slogans such as “Never Again” have both content and impact.  There can be no impunity for perpetrators of such crimes.  There must be accountability.  The law must guarantee the human rights of all people.

We have seen that some warning signs tend to precede the implementation of genocidal or ethnic cleansing programs by ruling authorities or powerful militias.  There are at least eight of these threatening developments that give warning signs for the observant.

We can see that the perpetrators of such inhuman acts start by propagandizing hate speech against the targeted victims.  This is usually then followed by denial of identity: they are not real citizens in the fullest sense… Then the authorities would move to elimination of rights that the victimized groups would have normally possessed and exercised.  Elimination of potential witnesses such as journalists and foreign visitors is usually followed by failure to protect civilians from harassment, intimidation and attacks of military, para-military or just political partisans.  The silencing of the political opposition and the oppression by the authorities completes the setting for such acts of large scale murder or persecution, and even genocide.

Yet each case is different. And to see in another country the evolution of such scenarios may not open the way to possible interventions or even humanitarian assistance.  But it can mobilize the watchful and the caring to at least condemn such actions wherever they occur.  Human rights are the same for all humans.  But it is the thoughtful and the engaged, in every community, who must reawaken the spirit of common humanity when confronting the disturbing signs of trouble to come, as it most surely will in the future of every society, even as we try to keep it locked into our past. For as Ivo Andric (1892-1975), Bosnia and Herzegovina’s native son and Yugoslavia’s distinguished Nobel Laureate, said  “What doesn't hurt- is not life, what doesn't pass- is not happiness”.

Thus every country would benefit from knowing the dark corners of its history, every people should remember the sufferings of those who went before, as they  learn compassion, caring and empathy to confront the future.

Therefore, a center to memorialize the genocide at Srebrenica will preserve the knowledge of the past and allow us to reflect on it.  That is the reflection we need to engage in if we are to draw lessons that not only record what happened but also allow us to promote the values that will help guide us towards the wisdom that human society so badly needs.  The wisdom that must guide future generations… the values that must be taught to our children and our children’s children…for as Nelson Mandela said:

“No one is born hating another person because of the color of his skin, or his background, or his religion. People must learn to hate, and if they can learn to hate, they can be taught to love, for love comes more naturally to the human heart than its opposite.”

But the stars will still remain …

There is no man who does not know that.

Why then, will we not turn our eyes towards the stars?

A message for youth:

Let me end by addressing these paragraphs to our youth…

My young friends… you must create a better world…This theme is one that I take mostly to young people like yourselves, because

in the nobility of your spirit,

in the exuberance of your youth,

in the quality of the education you have received,

in the unsullied idealism that you possess,

in the dedication to our common humanity that you bring …

… I find the hope of mastering the challenges of today and of building better tomorrows.

We will create the new world, guided by a vision…

A vision of the future:

NO Politics without principle

NO Wealth without work

NO Commerce without morality

NO Pleasure without conscience

NO Education without character

NO Science without humanity

A vision where a people’s greatness is measured by the quality of the lives of their poorest citizens not by the size of their armies or the scale of their buildings..

A vision where the future is for all, as open-ended as knowledge, as random as play, as surprising as human imagination and ingenuity …

Yes! We must change the world… It can be done, it must be done, and by your work … it will be done.

[1] The formal legal definition of Genocide is defined in Article 2 of the Convention on the Prevention and Punishment of the Crime of Genocide (1948) as:  "any of the following acts committed with intent to destroy, in whole or in part, a national, ethnical, racial or religious group, as such: killing members of the group; causing serious bodily or mental harm to members of the group; deliberately inflicting on the group conditions of life calculated to bring about its physical destruction in whole or in part1, ; imposing measures intended to prevent births within the group; [and] forcibly transferring children of the group to another group."  That definition undergirds the framework of analysis that is used to this day by the UN.    See Office of the UN Special Adviser on the Prevention of Genocide (OSAPG) (www.un.org/ar/preventgenocide/adviser/pdf/osapg_analysis_framework.pdf)

[2] The Hague Tribunal specifically ruled that the massacre at Srebrenica was indeed a crime of genocide.  Indeed, the conviction of former Bosnian Serb commander Radislav Krstic cemented the tragic events in and around Srebrenica in July 1995 as genocide.  Krstic was convicted in 1998 of genocide, a historic and rare international application of justice under the so-called Genocide Convention of 1948. He was ultimately sentenced to 35 years in prison. And the International Court of Justice (ICJ) also ruled in 2006 that the events at Srebrenica constituted genocide.  Refer to:  “Hague Tribunal History: Decades Of Atrocities, Anguish, And Justice For Ex-Yugoslavia” By Andy Heil, June 30, 2021 18:07 GMT, – see: https://www.rferl.org/a/yugoslavia-hague-tribunal-major-moments/31334488.html 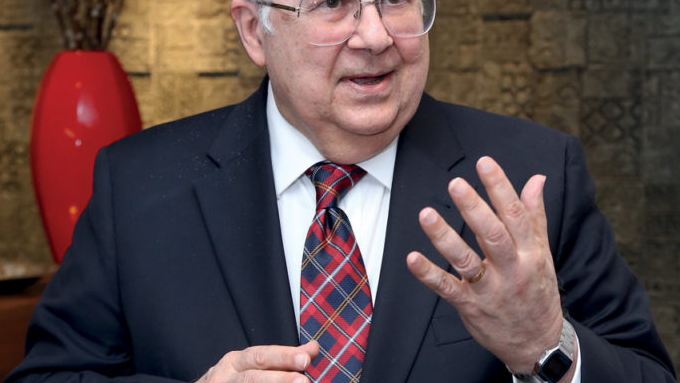 Srebrenica Memorial Center: The Organization of Transport One of

The Srebrenica Memorial Center shared with the public today several documents concerning how the VRS finalized the procurement and mobilization of veh...